TWO-TIME Olympic taekwondo fighter Donnie Geisler recently expressed his apprehension over what House Bill 1526 will take away from young Filipino fighters. The bill, which was filed by Ako Bicol Reps. Alfredo Garbin Jr. and Elizaldy Co, is entitled “Banning Minors from Full-Contact Competitive Sports.” “While acknowledging the importance, benefits, and values that can be derived from participating in these sports, this bill also recognizes the paramount need to protect the minors,” read the bill. “Such responsibility is imposed on parents, guardians, schools, and sports associations because the minors are incapacitated to give consent nor can they waive any right of action for injuries inflicted upon them during and in connection with such activities,” it continued. Geisler believes that taking away martial art opportunities for young children would deprive them of learning some key life lessons. “Everything that we learn from martial arts are life lessons. I mean, what will happen to the generation of children in the future if we take that away from them, right? You will see the leadership skills fading. You will see that the kids will not be able to defend themselves, will not be active,” said Geisler during an appearance on the web show “The Hit List.” Geisler took from his own experience of starting taekwondo when he was just seven years old. He later made a name for himself and competed in the Olympics twice. He feels that without his experience early on, he wouldn’t have been able to reach his Olympic dreams. “I feel strongly about what they’re gonna try to take away from (children). It’s like taking it away from all athletes like me who have the goal of becoming an Olympian. I mean, how can an 18- year- old start martial arts at that age? I mean, kids have to learn as early as five years old or four before they can really adapt to the sport, adapt to what they love at a young age. It’s very crucial that they start really young,” said Geisler. SunStar Cebu 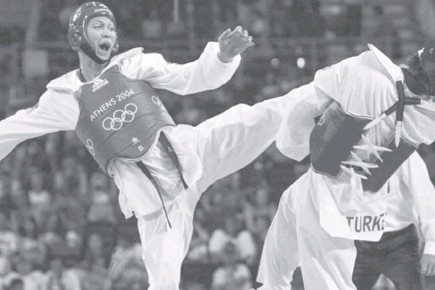